A Boat In The Waves

Painting of a boat in huge huge waves:

The four steps of how the sea and sky at the background got its shape, I mainly used a spatula for the sea, brushes for the sky. These are the steps before the boat comes in.

The sky. I like the idea of a slight hot color-blended(yellow) sky in contrast to the bluish-green sea. Then it matches with the boat’s hot tones(below), and as it is one of the general design rules to use cold colors for the background, in here –even though the yellow is a slight touch in the painting– it just doesn’t follow the rule; is being dramatic enough, taking one half of the composition and presenting the beam from above. 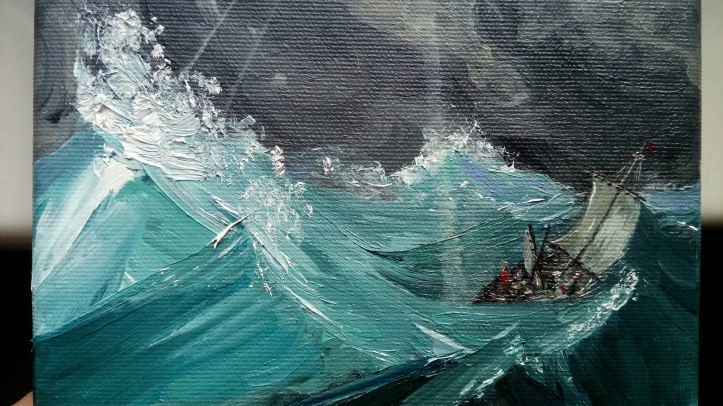 Middle part. The boat trying to find its way in a sea like that.
Lately, I have a favorite tone of purple; you can see it in the farthest waves in details, right behind the boat. It is a very slight touch, though.
I just told I carved the sea with spatulas, one more thing is that for the foam at the tops of those waves I used some hard brushes. 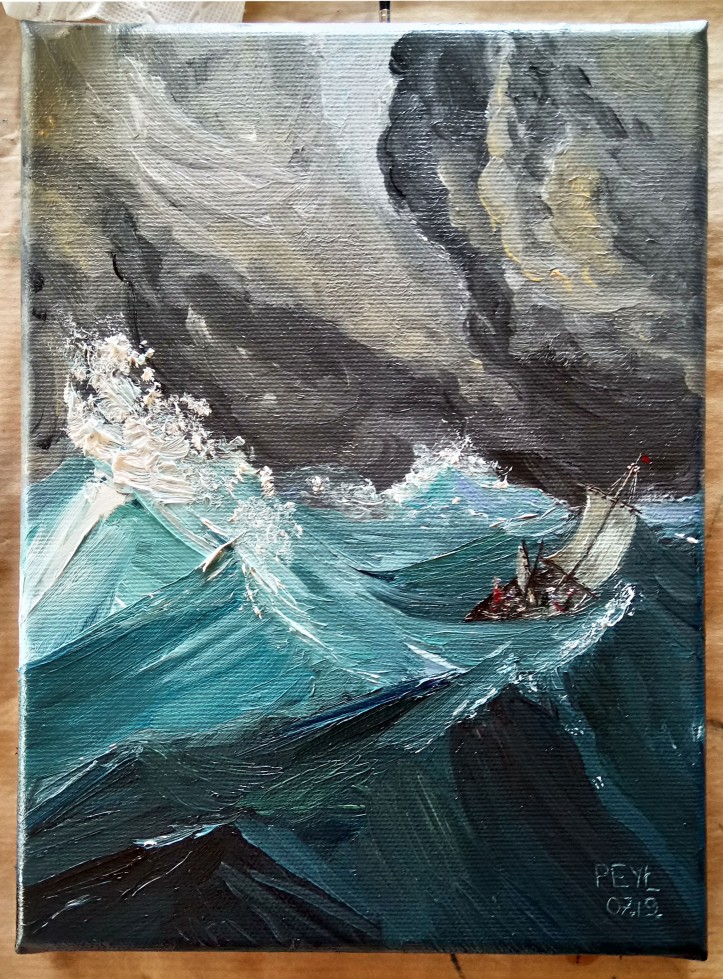 Storm and waves, beam behind big clouds.
A Boat In The Waves Oil Painting, 18×24 cm on canvas